Mahjong as a Metaphor for My Life

You know that game played with kids where a deck of cards is placed face down and you turn one over (elephant!) and then another? If they matched you can keep them, if not you start over? Love that game. It’s a memory game but there’s something specific about the finding and matching that draws me in. 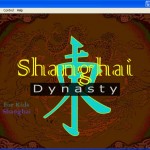 So, I have a visually pretty game of mahjong that must have been loaded onto my computer before our recent years of North Korea-esque control, which has blessedly and inexplicably survived all the waves of purges and restrictions.  I use it sparingly, as an antidote to waiting or when I’m mentally stuck and need a distraction to clear my head. I’m on it maybe 4-6 minutes twice a day, if that.  It’s a bit of a mental puzzle, but also visually interesting. And I don’t have to memorize because the images are all face up (hallelujah for that).

Yet I almost always lose.

Which brought on a realization today that made me see more clearly what my priorities are and how I approach the world and work a little differently.

Mahjong is about strategy, but not so much as chess (which I hate as much as politics and other forms of machination).  I don’t know the official rules, all I know is you match two tiles and they disappear, the ultimate goal being to match and collect all the tiles.

For me mahjong isn’t a challenge about the end, as much as it’s an interesting mind exercise in its middle. I kinda expect to win, hopefully, but what occurred to me today is that I really don’t care if I do.  The game has a point, to me, but it’s not the expected point.  Then again I haven’t asked around to be sure what others consider the point to be, I can only assume, so maybe in the comments you can tell me what you do when you play?

I have a few basic strategies (if you can label them so seriously) at mahjong.

Sometimes I play like childhood “hot lava” and pretend that I must absolutely finish and win before such and such happens, like a patient getting to my door…or I die instantly. Or I’m a super spy who must stop a disaster, and the only way is to complete the game, successfully, in the next 60 seconds…or everyone dies. Dun dun dunnnn. No strategy, just speed.

In the past I’d play from the center of the pyramid and try to collect all the center tiles down to ground level, before working on anything else. It’s never happened. 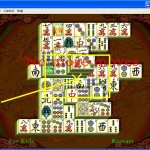 Then I switched to playing from the right side of the pile to try to clear tiles moving from right to left…until I’d inevitably run out because I wasn’t playing equally all over the board. 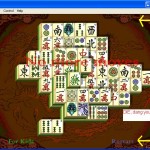 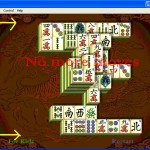 I’ve always known this wasn’t the way to “win” but what I want is symmetry and art… a method I can value.

Sometimes I try to clear every other row, and leave the rest as full as possible, or I’ve attempted to clear either the center 2 rows first… 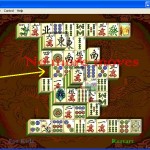 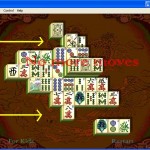 Generally I either run out of tiles or just give up and start playing randomly all over the board until I win or lose.

I have never, in 5 years here and other games in the past, tried to strategically and specifically choose tiles simply to win.  To me if I really tried to do it the expected way, and lost more often than won, it would be a bit depressing…and who wants that? If I lose, I want it to be at my own game. If I’m not inspired, sometimes I’ll just find two that match, whichever I see first, and click (unless there’s an obviously better match).  And sometimes I win. Snore.

Yes, that says snore, not score. And it struck me today that this is really how I see the world, not just this silly game.

In writing this I feel like it can come across as though I’m very immature and impulsive which, I’ll admit, I can be.  But what I noticed today is that I’m somebody who doesn’t play strictly to win, I truly don’t aim to.

I don’t want to ignore aesthetics or imagination or ideas or fun or experimentation or idealistic efforts, in favor of success.

I genuinely feel more of a sense of accomplishment (if that applies to a game) when I succeed at clearing one or two rows, or most of the board from one side or row, than I do when I “win” the game by randomly or intentionally managing to clear all the tiles.  And if I clear a full row or two I usually quit there, not bothering to try to play to the end.

I like my challenge.  But if you told me to slowly and methodically clear the board in full by deliberate tile choices I’d be bored (and irritated) before I even started. I don’t think that way, least of all in expected or required ways, least of all to “win”.  I can follow expected paths, and will, if I see it as the best or most logical or most interesting way.  But what about all those other options I could have done interesting things with?

Maybe this is why people in the past have been frustrated by not understanding my perspectives or being confused by my lack of drive to win or be first at all costs (especially not at the cost of others). Sometimes when I take actions people look at me like they’re in shock that I pseudo sacrificed myself/”success”/ego/position/reputation, in favor of doing something different (or what I considered the right thing to do).

It’s not at all surprising that most of the people befuddled by me fall into a certain type of person/thinking that I understand clearly but have a difficult time respecting.  I’m always completely spun about by people who simply do things typical ways, without question, and succeed. It seems deeply unfair to me, though I couldn’t explain why. And I feel a little sad for those who don’t want or to whom the idea never occurs to try differently.

Although today I realized a little more clearly how my tendency can severely handicap me in the work world, I still prefer my approach. When it comes to mahjong I don’t really care if I lose, nor do I feel accomplishment when I win. For me that’s not the point.

A secondary and contradictory point of this post though is that I work now in an environment where many if not most of the processes, decisions and work ethics do come across as very random and poorly thought through, which drives me CRAZY.  I often wonder if while I play a non-real-world electronic game randomly just to test ideas, some approach their work entirely randomly, without focus or consistency (and often ego driven without neutrality).  At least that’s how it appears.  I want to work with those who can function both ways, like me. There’s a vast difference between unconscious  sacrifice of logic on the job, and the ability to do so strategically.

In the end, the bills must be paid.  The question is: How do I find or create a successful career where goals are accomplished without sacrificing innovation and change?

8 Responses to Mahjong as a Metaphor for My Life