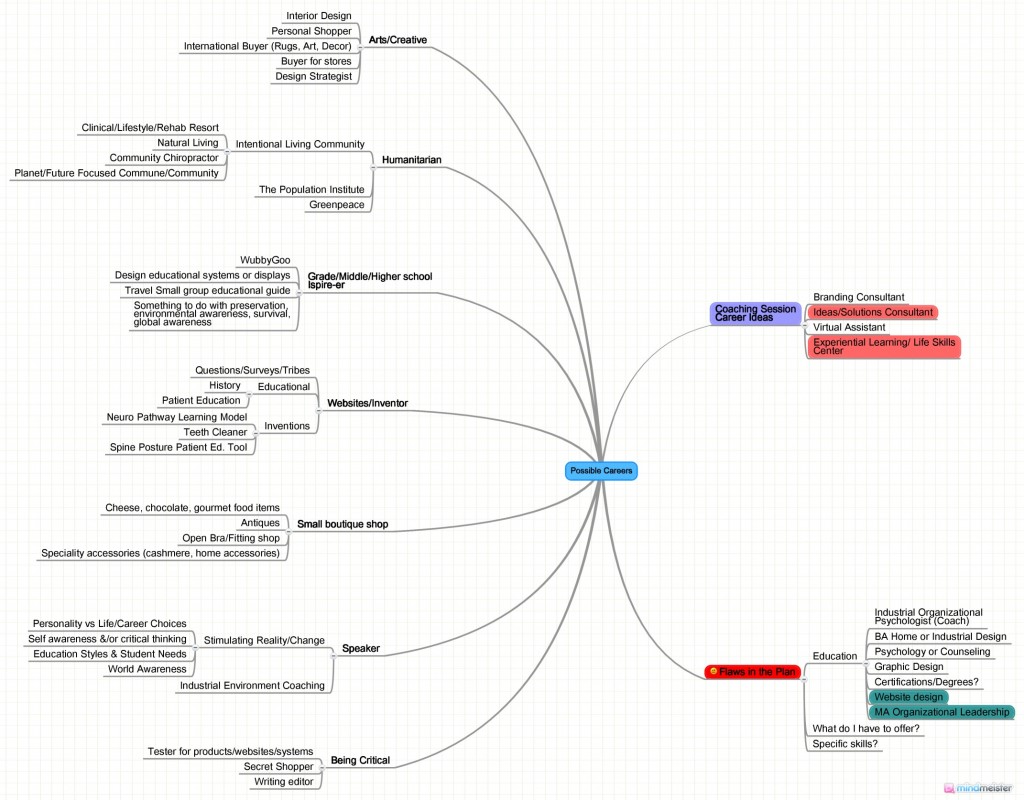 Feb 2013 – Industrial-organizational psychologists apply psychology to the workplace by using psychological principles and research methods to solve problems and improve the quality of work life. They study issues such as workplace productivity, management or employee working styles, and morale. They also work with management on matters such as policy planning, employee screening or training, and organizational development.
.
Jul 1, 2013 – something along these lines:
Design Strategist  “You are a natural problem solver, culturally astute, curious, observant and insightful.  You are extrinsically motivated to help solve problems to benefit others and are passionate about understanding people everywhere; what motivates and inspires.”  …interest in human centered innovation.   (I realized after reading more that this is for Continuum Innovation, a company I’m already researching)

**To make this one even more interesting to me, check out this blog post. Most if not 99.99% of the quotes the author uses describe me.  (I’m actually bouncing up and down while I write this) I think maybe I finally found something specific I could really be happy doing!